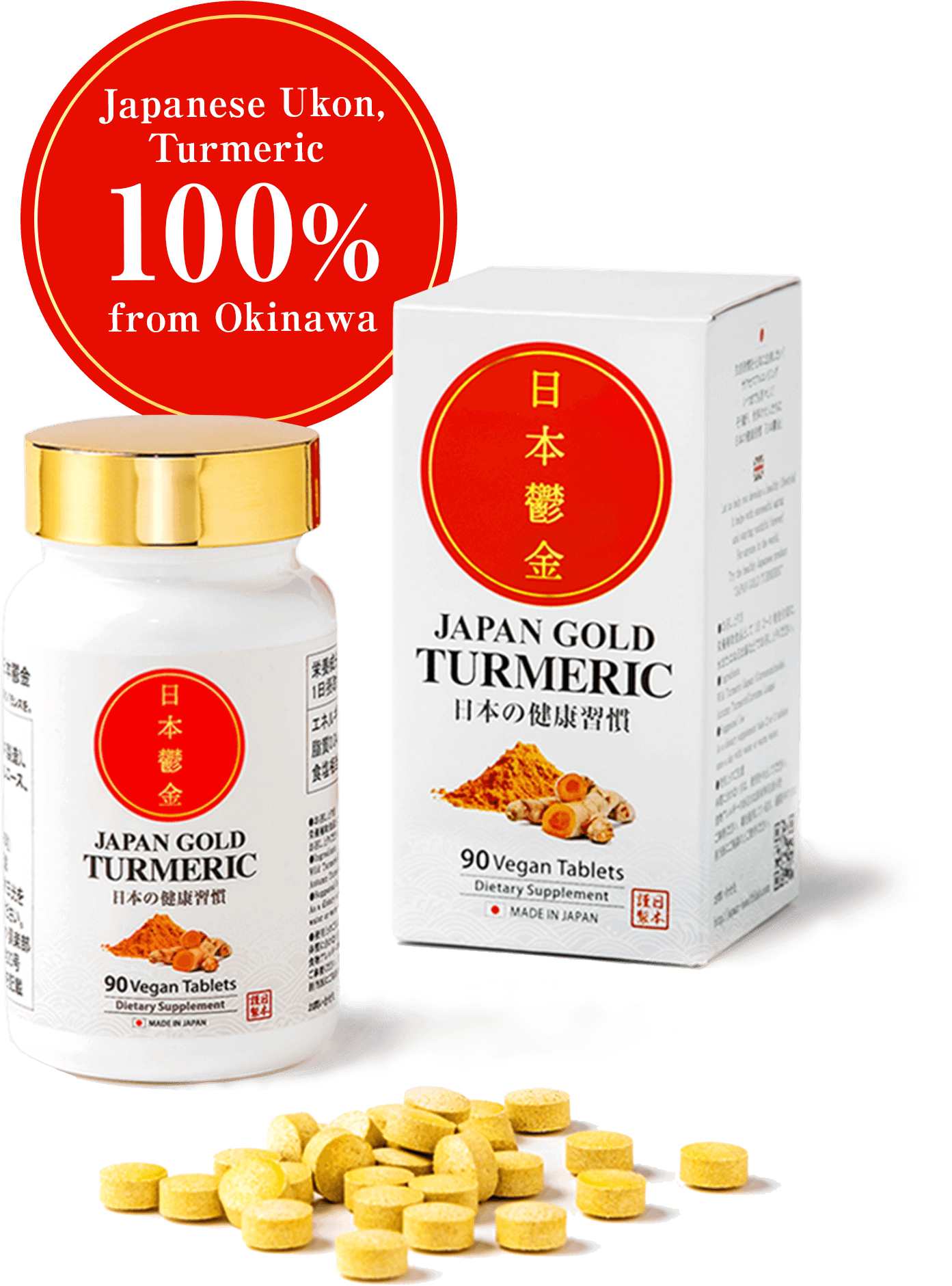 Japan is known as a country of good health and long-life.
“Ukon,” turmeric is a popular health conscious food to improve daily health habit.
Curcumin is a major ingredient of turmeric, which can activate the liver function and has potential medicinal effects on lifestyle diseases, anti-aging, and beautiful skin as natural medicine.
Japan Health Lab brings you a superlative "Japan Gold Turmeric" as the specialist of the turmeric in Japan.

Japan Gold Turmeric contains Okinawa "Autumn-turmeric (harvested in fall)" and "Wild-turmeric (harvested in spring)" at a ratio of 1 : 1 (50%:50%), which are raised by our registered farmers without agricultural chemicals.
These 2 types of special Okinawa turmeric are transferred to our state-of-art facilities located in Hokuriku area, where many facilities of drug manufacture are being operated as a ‘Mecca of drugs’, and the Japan Gold Turmeric is produced under the complete quality control.

We only use turmeric with no agricultural chemicals raised by registered special farmers in Okinawa Island. Japan Gold Turmeric is a healthy food considering nature and environment, and thus, it is suitable for anybody without concerns including organic food preferred consumers, vegetarians, and vegans.

Two types of choice Okinawa turmeric are transferred to our state-of-art facilities in Hokuriku area, where many facilities of drug manufacture are being operated as a ‘Mecca of drugs’, and the Japan Gold Turmeric is produced under the complete quality control. We, as representative turmeric specialists, are always pursuing the best quality of turmeric.

The latest survey shows the average life expectancy of Japanese is 87.32 years (2nd rank of the world) for women and 81.25 years (3rd rank of the world) for men (Ministry of Health, Labour and Welfare, 2018). Japan is known as the world's top-class country of the longest life expectancy in both men and women. There are many reasons for the longest life expectancy, such as environment, climate, healthy Japanese food, and high levels of medical care. Among them, the high consciousness of health by the Japanese plays a major role in "health habit."

Since ancient time, the health habit has been taken deep root in Japanese using "natural medicine" as Kampo medicines derived from traditional Chinese medicines. The natural medicines are general names of naturally derived pharmaceuticals that use animal and plant derived ingredients. Among them, "turmeric" is one of the typical Japanese natural medicines, which is recently paid a special attention for its effects on health. In order to make healthy and beautiful daily life for everyone, we, Japan Health Lab, select high medicinal quality turmeric raised in Okinawa island, and deliver the Japan Gold Turmeric as Japanese healthy habit through the world.

“Ukon,” turmeric, is a perennial plant belonging to the family Zingiberaceae and used as a natural medicine, which is one of the typical Kampo medicines. Turmeric is mainly grown in Okinawa, Tanegashima, Ishigakijima, Yakushima islands, and Kagoshima prefecture in Japan. Among them, Okinawa island has the largest production of the turmeric. Turmeric is a subtropical plant and plenty of solar energy and enriched soil are essential for its growth. Therefore, the climate and environment of Okinawa island play important roles in raising high-medicinal quality turmeric which is used for our product. 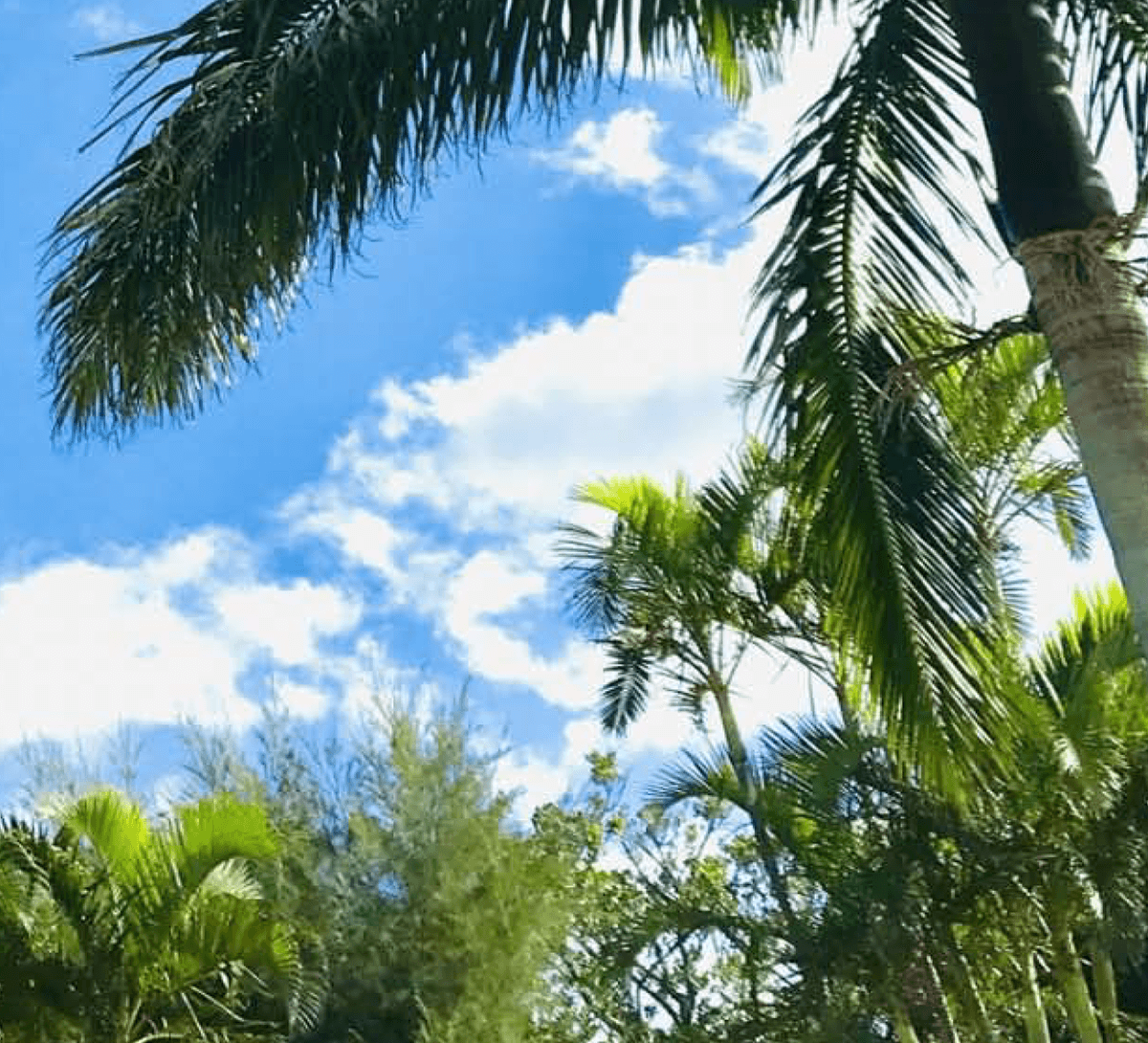 In the Chinese antiquarian book, “Queen Himiko at Yamataikoku presented turmeric to the King of China” was recorded. In the Edo era, the 8th Shogun Yoshimune Tokugawa certified medicinal effects of turmeric and encouraged farmers to grow. The culture of turmeric was successful and grown popular within Japan. Furthermore, in the mid-Edo period, Rangakui, Gen-nai Hiraga, who learned western medicine in Dutch language, introduced turmeric as a good plant for health and beauty in his natural history book, "Butsurui Hinshitsu," and turmeric became popular among people.

We would recommend our Japan Gold Turmeric
to all customers who think health is the most important.

Japan Gold Turmeric has been developed as healthy food to fulfill dreams of “Make healthier life” and “Be forever young.”
The Japan Gold Turmeric can be used for children.
However, it is more recommended for adult health promotion since it can activate liver function, and strengthen the immune system and anti-aging function.

High medicinal effects of the turmeric is made by dazzling and strong sunshine.

Farmers in Yanbaru region often say “Turmeric is raised by the Sun.” Turmeric is a subtropical plant, which prefers strong sunshine and fertile soil, and the high medicinal effect is associated with levels of sunshine. The Japan Gold Turmeric raised in Okinawa island is a result of the crystallized soil energy and sunshine of Okinawa. 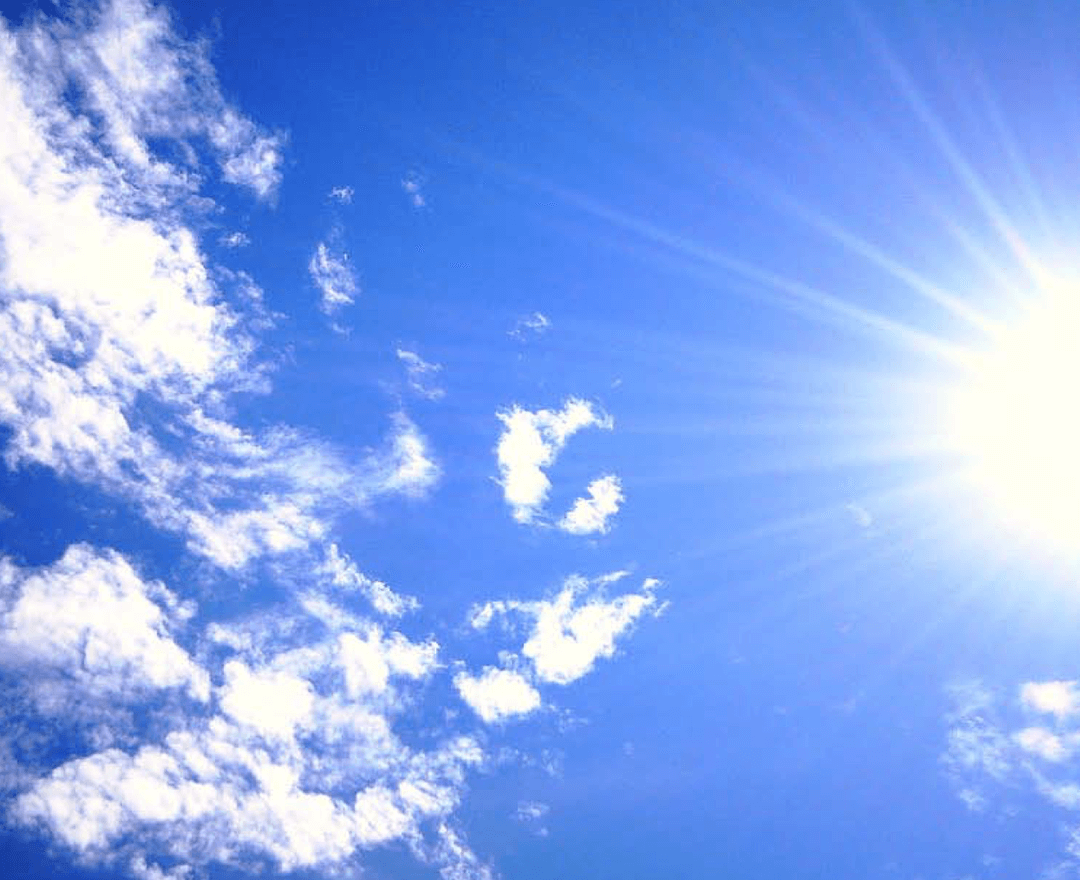 We insist on our turmeric grown without agricultural chemicals to bring customers as many as possible. 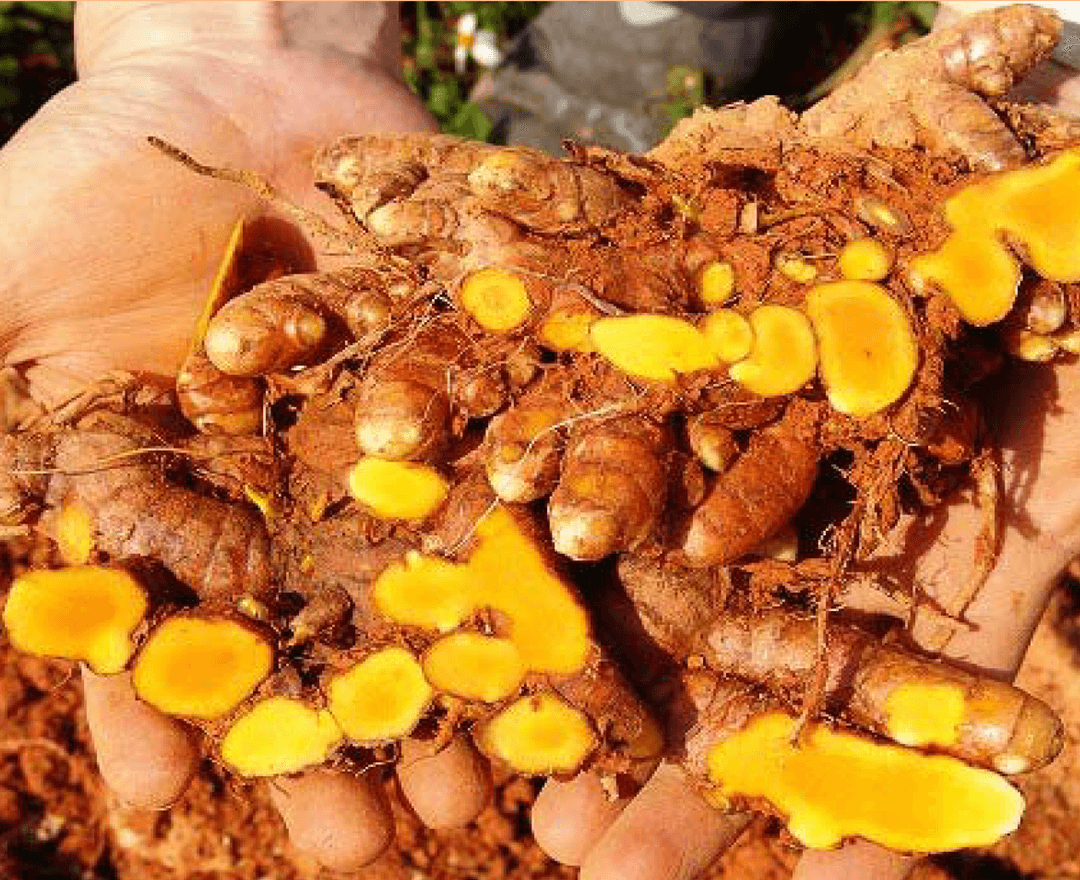 Our expert turmeric farmers are very experienced and dedicated to Okinawa turmeric production at Yambaru region in north Okinawa island. They have been making Okinawa turmeric for long time as real expert turmeric farmers. They dedicated to producing Okinawa turmeric with confidence, which is represented by; "Turmeric should be organically grown with no agricultural chemicals;" "Medicinal effects can be enhanced by growing turmeric in a gracious manner;" and "Turmeric is a treasure of Okinawa island." They are very honest and straight to grow turmeric. Their full of smile reflects plenty of energy of life that makes Japan Gold Turmeric. 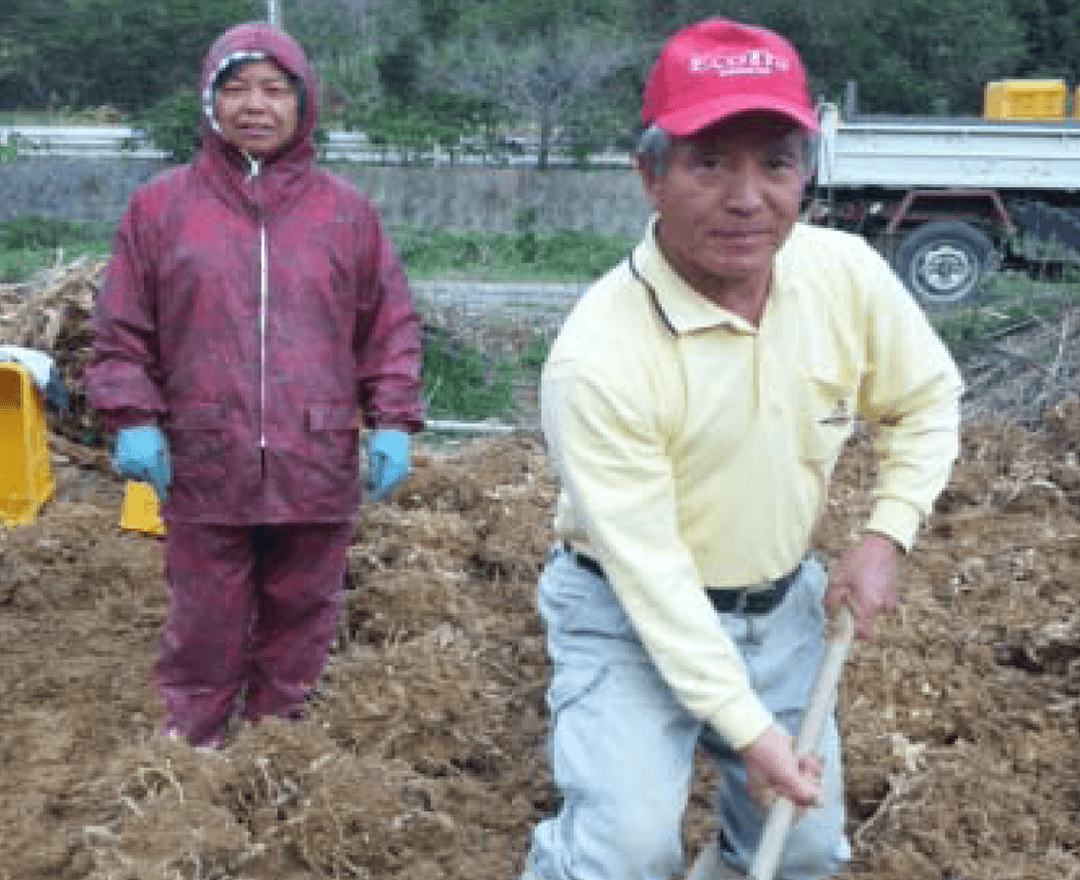 The best quality of Okinawa Wild Turmeric and Autumn Turmeric
From Yanbaru region in the northern part of Okinawa, Japan 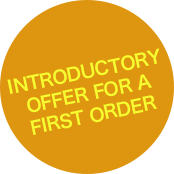 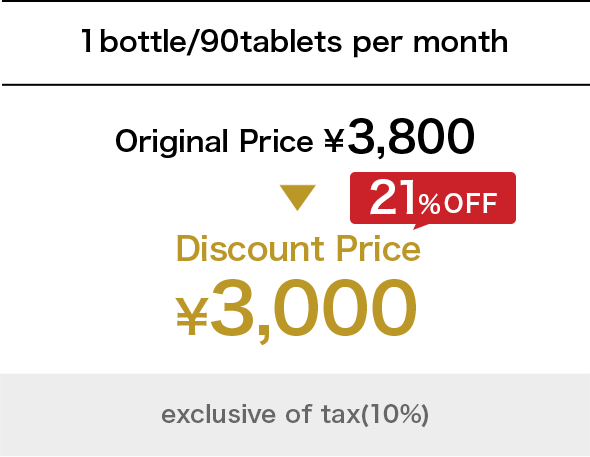 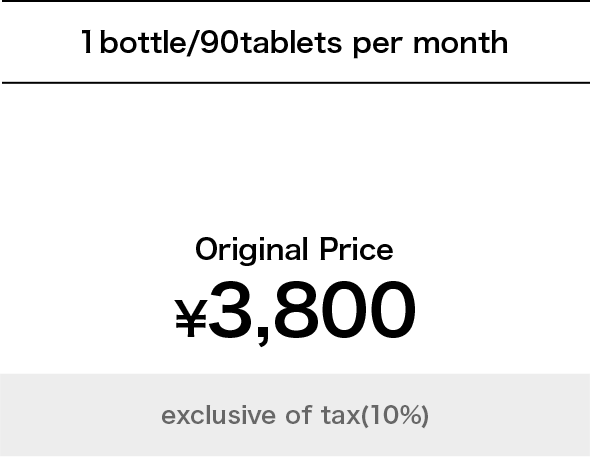 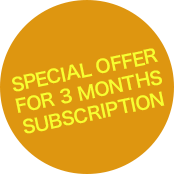 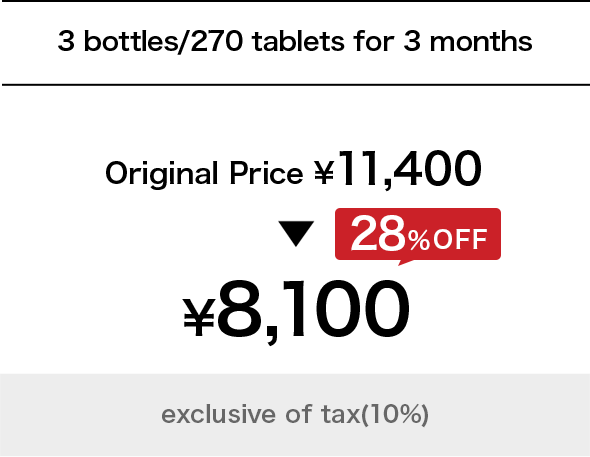 ■ We ship the product within 2 weeks from the order.
■ Refund is accepted if it is in an unopened condition and within 14 days of receiving your product.
(Please note that customer will need to bear the cost of returning the product to us.)